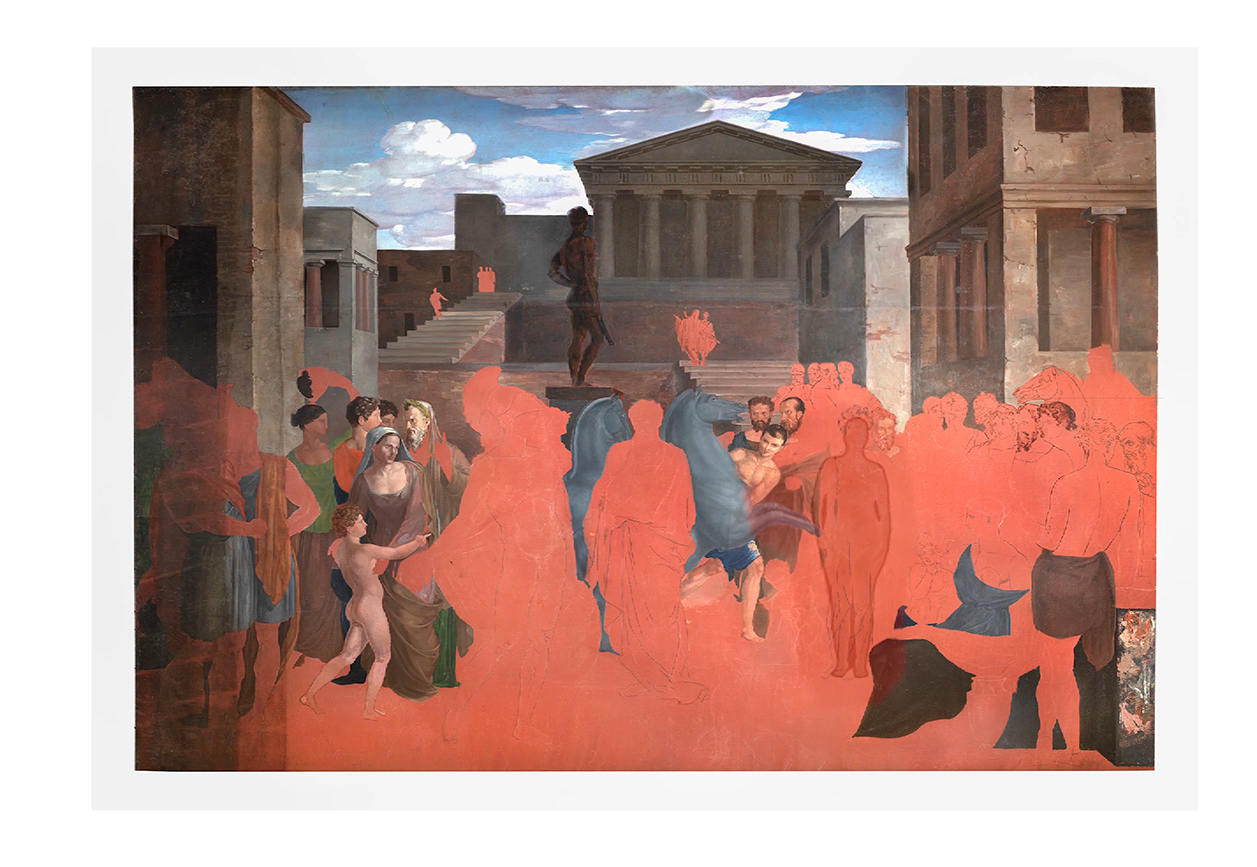 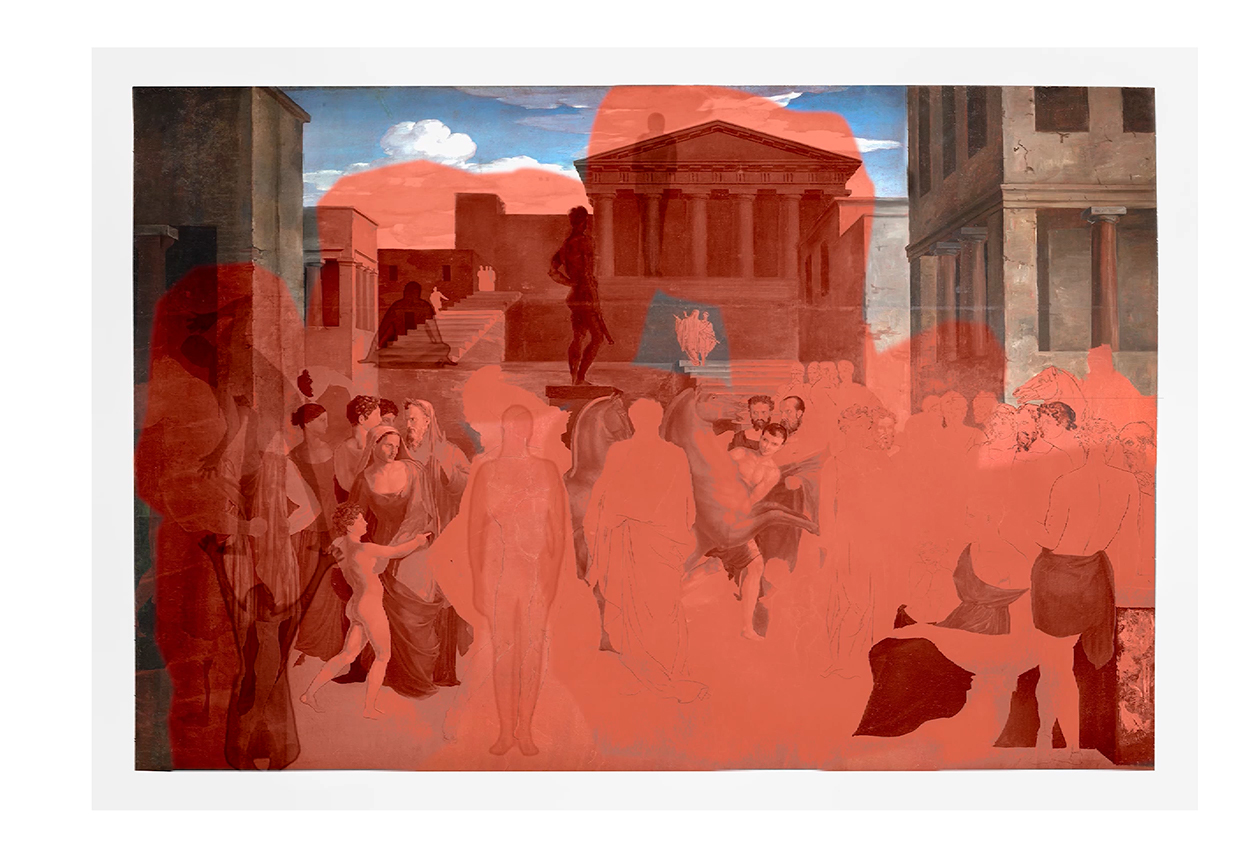 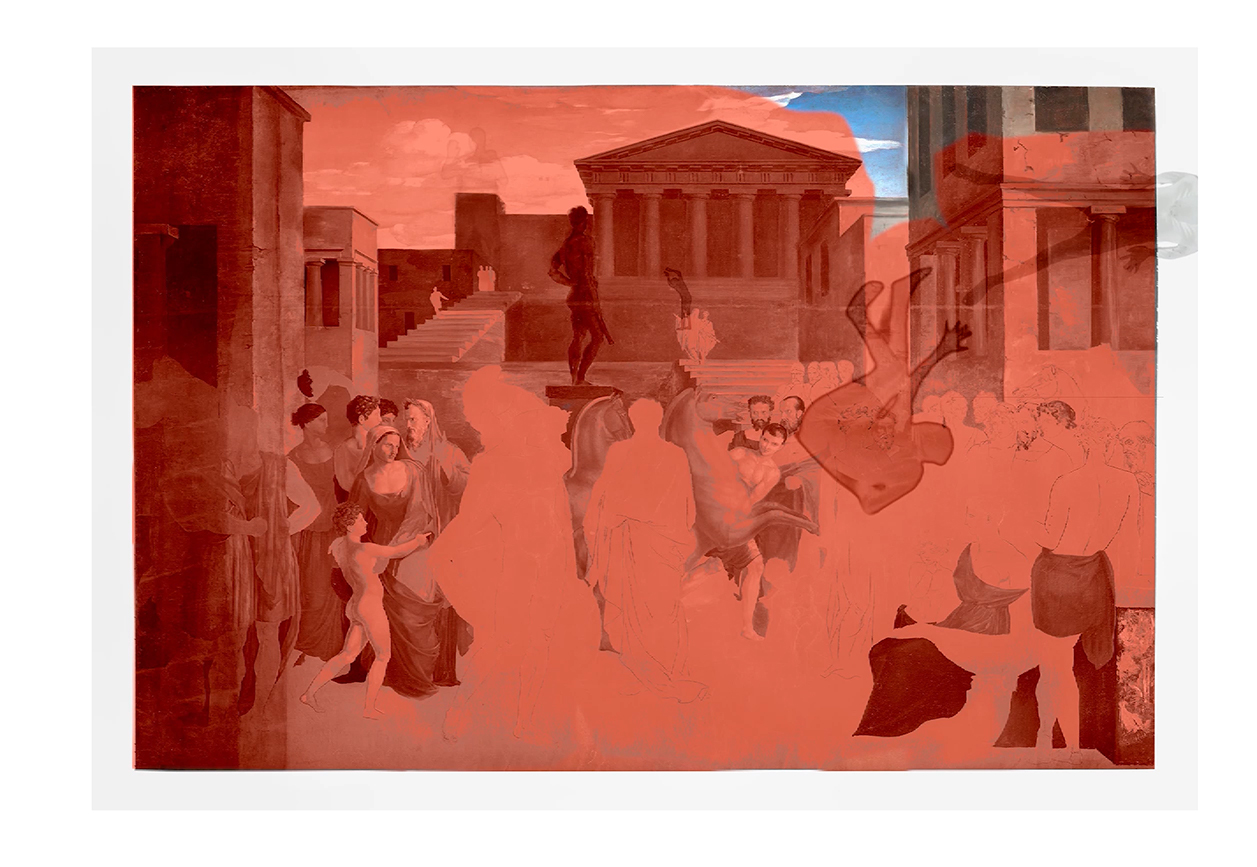 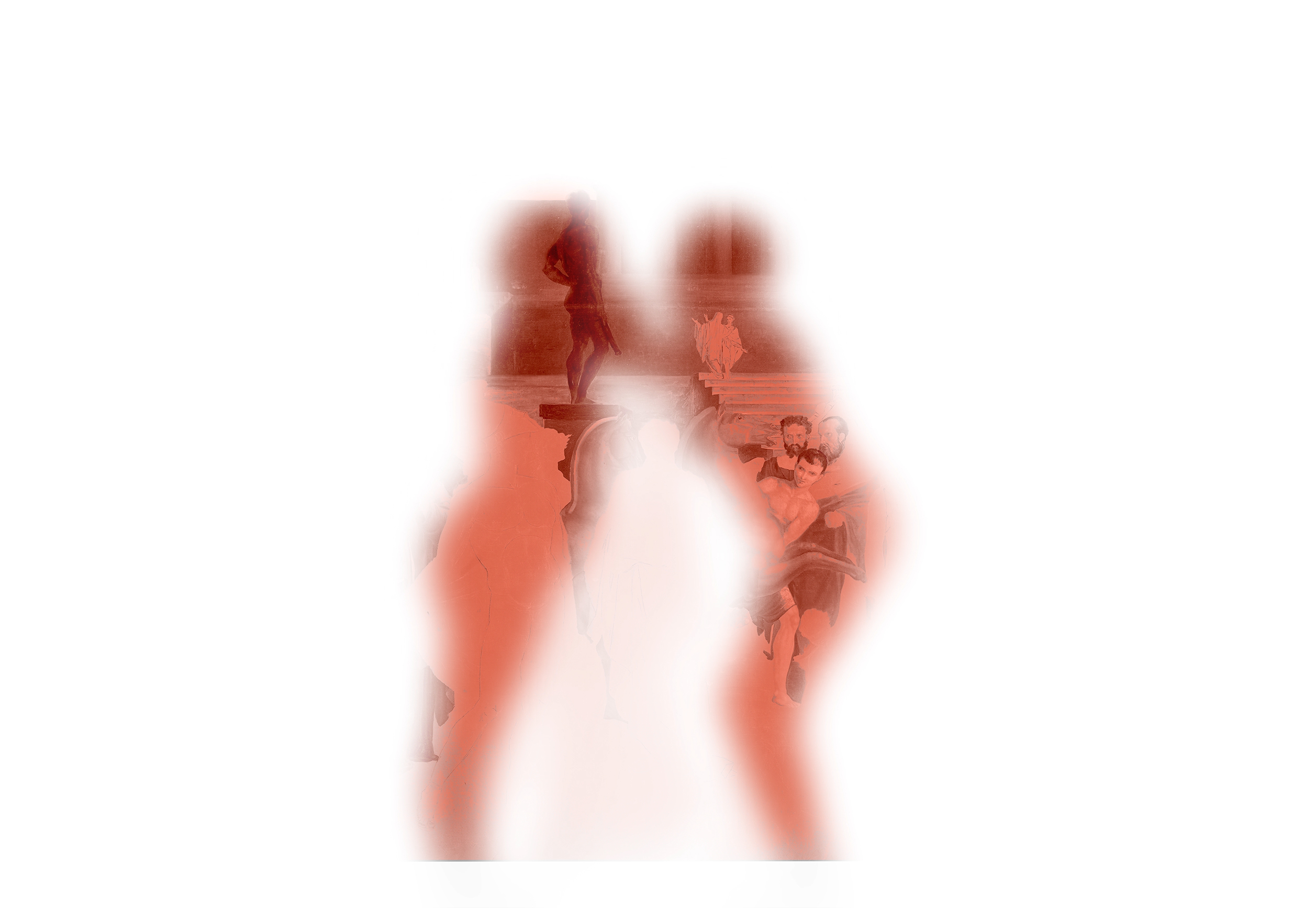 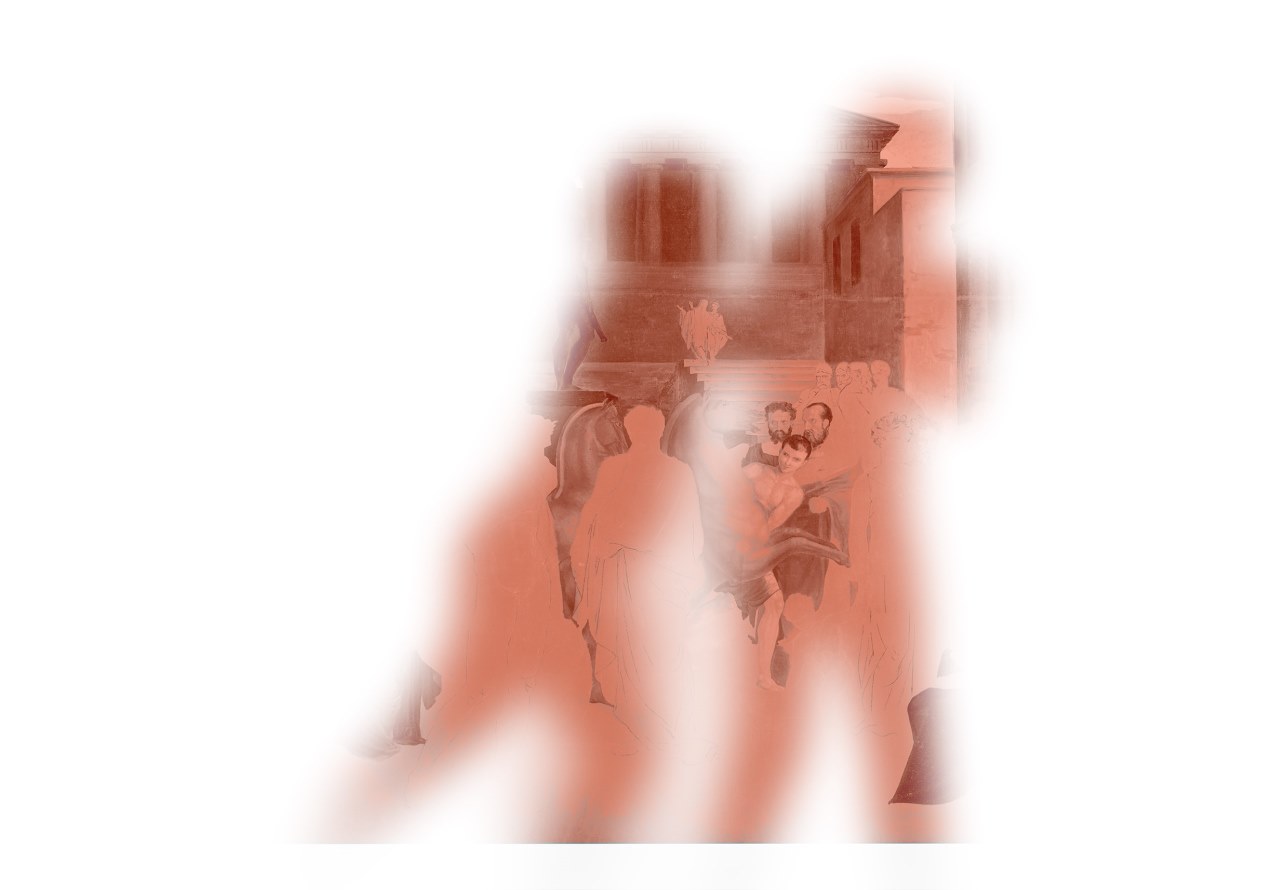 Co-created with Rachel Joy Weiss, “Between-Becoming” is an audio-visual composition that emphasizes the relationship between sounds and images that complete one another. The chosen picture Jason Returning to Demand His Father’s Kingdom, 1807-1808 is an unfinished picture created by Washington Allston. This incomplete picture, for the composers, represents a state of being in between and of becoming. Throughout, the soundscape is playing a juxtaposed role with the image. The denser, in terms of color, the image is, the sparser sound will be and vice versa. The composition has an aleatoric component, which enables the performers to interact with the video, providing a real-time reaction, resulting in a unique and singular experience for each performance.

The composition itself has three video segments.

Part 1 introduces superimposed characters. Those figures are translucent and interact with the texture of the painting. The outcome is the erasure of the entire painting palette, leaving us with naked flesh like color. At the end of the segment, the figures leave the canvas.

Part 2 starts with a white background where the performers recite a poem with musical interjections, all accompanied by a rattle, revealing the altered image.

Part 3 shows abstracted body parts, through which the altered picture is yet again visible. Slowly the complete silhouette(s) can be presented on the screen. The figures move through the white space, with an Escher spirit, exploring it fully. At the end, they walk into the horizon.

Financial Support for this project was provided by The Andrew W. Mellon CREATE Grants Program.